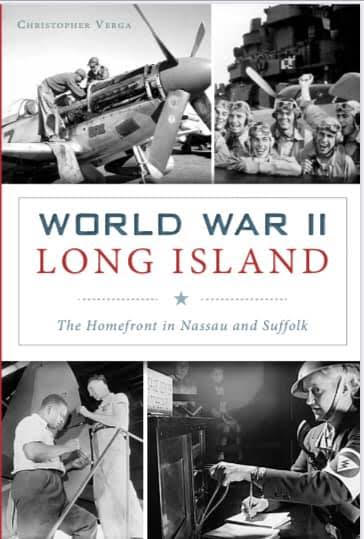 Long Island historian Chris Verga’s latest book looks at Nassau and Suffolk counties during some of the most pivotal years of the 20th century: World War II. On today’s episode, we talk to Chris about life during that time and the role Long Island played in the war effort. You’ll hear about Grumman, Republic, and the vital work of the region’s aviation industry. We also discuss the activities of the German American Bund on the island and the experiences of German prisoners of war in the community.

LIRTVHS has made its own study of this era with the Long Island Home Front oral history project, collecting the stories and experiences of everyday life during wartime.