by Connie Currie and Van Field

Long Island’s early wireless history has been largely ignored by local historians. Probably no other area in the America could equal Long Island for its density of early radio stations.  Its proximity to New York City the financial capital of the world, and to its harbor, destined Long Island to become the locus of transatlantic radio communications and ship-to-shore wireless service for Atlantic shipping.  For over a half a century before the advent of satellite communications, the overwhelming majority of transatlantic radio communications with the United States funneled through Long Island facilities.

The first permanent wireless station in the US was built at Siasconset on Nantucket Island and placed in operation August 12, 1901.  The Marconi station at South Wellfleet in Cape Cod was originally erected in 1901, but its antennas blew down and did not become operational until January of 1903.
The purpose of early wireless stations was to relay traffic from ship to shore for profit.  The Marconi Company along with other competitors set up closed systems.  Marconi for example, would exclusively supply the equipment and operators.  The equipment was installed aboard ship and at land stations by Marconi Company employees. Radio contacts were always between Marconi owned stations.  Other companies did the same thing. The thought of using these systems for distress wasn’t even considered.

The first recorded use of these systems for distress was off Nantucket Island on January 23, 1909.  Marconi had a station located there at Siasconset on the island of Nantucket to relay messages from ships transiting to and from Europe.

The royal mail ship REPUBLIC was outbound with well-to-do passengers on their way to the Mediterranean area for a fun filled vacation trip. Off Nantucket the ship was rammed in the fog by the FLORIDA, a ship loaded with immigrants from Italy headed for New York City.  By this time, ships were beginning to become equipped with wireless. The Marconi operator, Jack Binns, aboard the REPUBLIC, contacted Nantucket with the news.   As the word of the disaster spread, many ships headed for the area to be of assistance including two US Revenue Cutters. 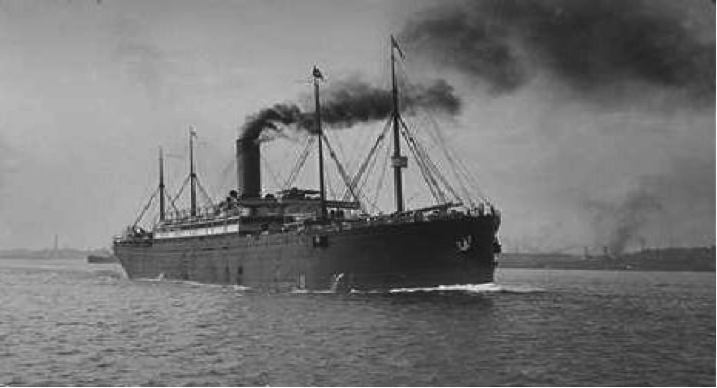 Passengers were removed from both ships without incident and the REPUBLIC eventually sank.  This was shortly before the TITANIC incident.  Wireless became the instrument for rescuing people and ships that were involved in disasters at sea.  The wireless companies became reluctant participants in assisting in distress situations.  The law of the sea at this time was that if you assisted a distressed vessel in any way, the assisting ship’s company could collect salvage rights.  This fact made captains in need reluctant to ask for help.

Many companies tried to get into the maritime message business.  Long Island, sticking out into the ocean, was an ideal place to install the wireless gear, which only had a range of a few hundred miles in the beginning. 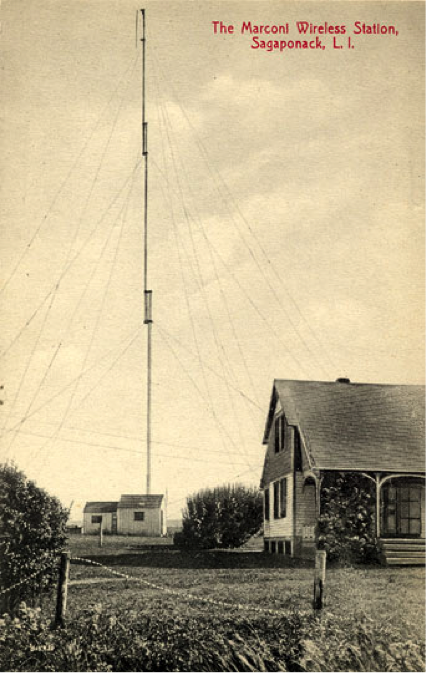 The Babylon station was located on the Jacobs property, which extended from Fire Island Avenue to Sumpwams Creek.  A school for training telegraph operators in wireless telegraphy operation and procedures was also established there.  There were four to six students in the school all the time, and the course of instruction ran about three weeks. They received free lodging in the Jacobs cottage on the site.  Upon successful completion of the course, they were employed by the Marconi Company at a salary of $60 to $100 a month.

The small 12 by 14 foot station building, abandoned when the station closed in early 1907, was found and purchased in 1930 by Edwin H. Armstrong, famed inventor of the super heterodyne receiver and FM radio. He presented it to then RCA president David Sarnoff, and had it transported to RCA’s Radio Central site in Rocky Point. This unique building, the oldest known structure in existence built specifically to house a radio station, is in the possession of the Rocky Point School District which maintains it on the school grounds.  Once a year on Marconi Day, local radio amateurs activate this site.

In 1912 the most powerful and advanced commercial wireless station in the United States, the first able to consistently span the Atlantic, was erected in West Sayville by the German firm, Telefunken. Its landmark 500-foot antenna tower was the tallest structure on Long Island.  Through its sister station in Nauen, Germany, The Great Sayville Station, as it was known, provided the most reliable radiogram and newspaper press service to Europe then available. It also provided ship-to-shore service for the Hamburg-American and North German Lloyd lines. When America joined WW1, the U.S. Navy took over this station.  The Navy early on recognized the value of wireless communication with their ships.

When Radio Corporation of America was formed from the Marconi Company, they soon built the largest transmitting and receiving stations in the world at Rocky Point and Riverhead, L.I.  These were tied by telephone line to their message center at Broad Street in Manhattan. RCA’s “Radio Central,” as it was called, opening in 1921 on a 10 square mile site at Rocky Point, was the world’s largest and most powerful transmitting station of its time.  Its 2,000-acre receiving station at Riverhead bristled with antennas of the most advanced design.  Its Long Island research laboratories employed many of the most brilliant minds in radio technology and for decades literally wrote the book on the subject.  Today nothing remains but some state signs proclaiming it the David Sarnoff outdoor recreation area and some large pieces of concrete and rusting towers laying on the ground, deep in the Rocky Point woods. 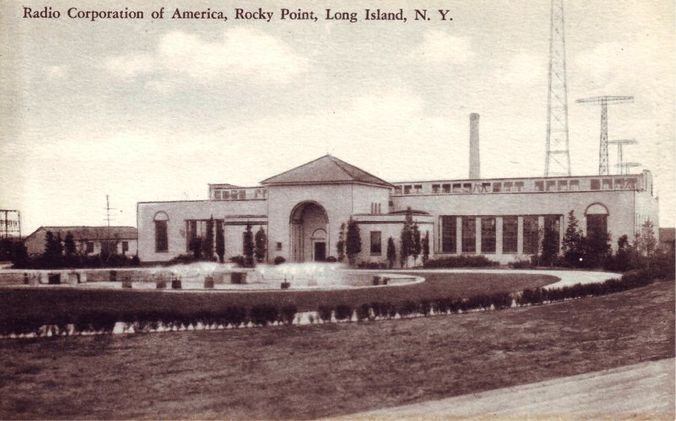 Press Wireless, Inc. was formed in 1929 by a group of newspapers to meet demand for rapid transmission of news dispatches throughout the world.  In 1930 it opened transmitting facilities on a 185-acre site in Hicksville and a receiving station at Baldwin Harbor.  In 1957 transmitting operations were relocated to a 500-acre site in Centereach, where it operated 47 high power transmitters.  Receiving was relocated to Northville.  In addition, PW provided military radio links throughout the world during WWII.

The voices of wartime news correspondents in Europe, such as Edward R. Morrow for AM broadcasts, were received through the Long Island receiving stations of RCA at Riverhead, Press Wireless at Baldwin and Mackay Radio at Southampton.

In 1941, a Voice of America international broadcast station was built on Long Island.  Operated by CBS from 1942 to 1963, the station shared the 1,100 acre Brentwood site of Mackay Radio and Telegraph Co., beaming the outputs of its three 50,000 watt transmitters to Europe and South America, using extensive arrays of directional antennas. 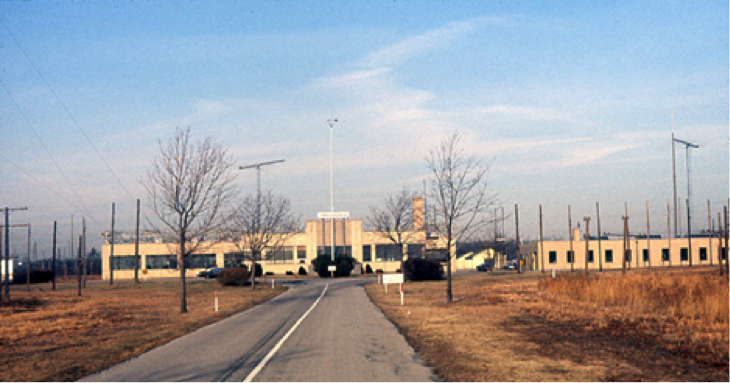 The early 1960s began a decline in both point to point and ship to shore business brought about by improvements in transatlantic cables and the rapid emergence of reliable satellite communications. The last of Long Island’s pioneer wireless stations, Mackay/ITT World Communications, closed their doors in 1986 thus ending the area’s golden days of wireless.

Long Island’s rich history includes the expansion of wireless radio technology. This story is not generally depicted in history books. Our society and website aims to publicize this history for generations to come.