From the hills of Scranton to the shores of Patchogue Bay, Bill Edwards pursued a career in radio driven by his love of music. As program director at WALK on Long Island, he helped build the sound of the station through the 1980s and 90s.

On today’s episode he takes us through the evolving history of music programming, from gut-level decisions to precise polling data to non-stop Christmas music (for which he may or may not be responsible). We also discuss his internship days at WABC, life during Hurricane Gloria, and the state of radio history at local stations. 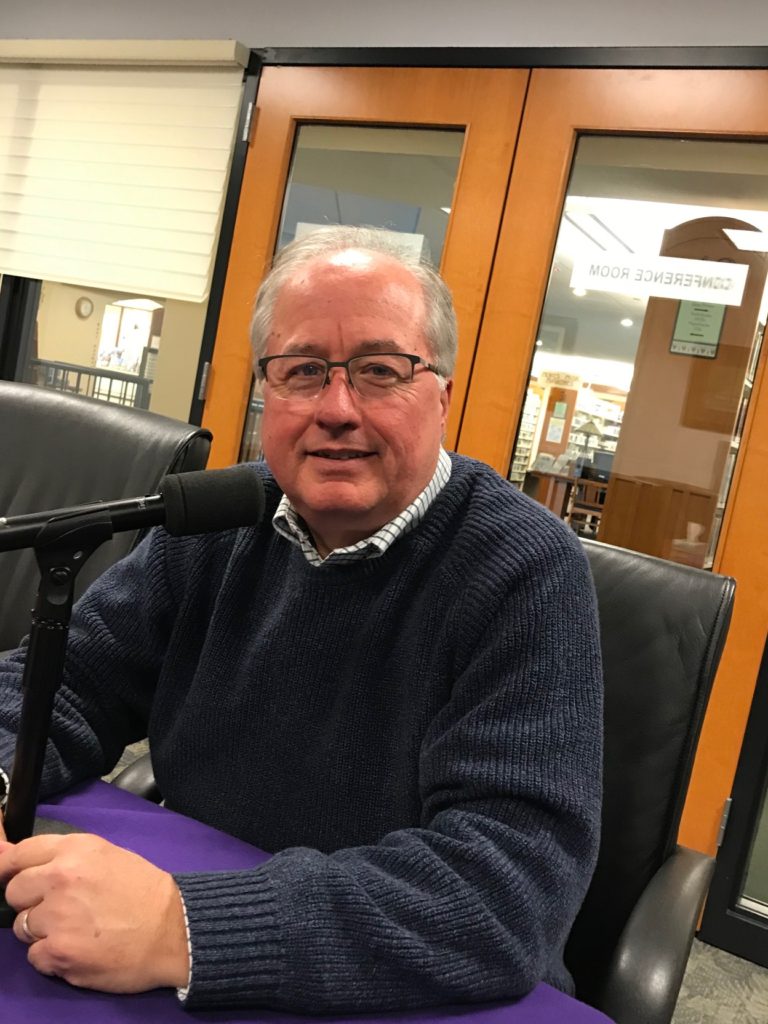 If one door wouldn’t open, David North found another way in. He forged a career from the wilds of New Hampshire to the shores of Long Island, from television to radio to print and back again, with some corporate work thrown in for good measure. On today’s episode we discuss this long path as well as his time at Channel 67 in Islip and at WALK-FM, among others. We discuss the twin poles of radio that are Howard Stern and Paul Harvey, as well as David’s memorable meetings with Jack Ellsworth on Long Island and what is missing from journalism today. 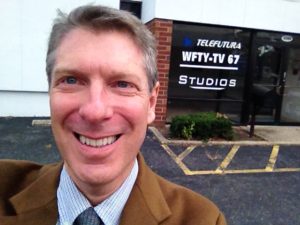 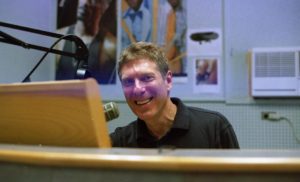 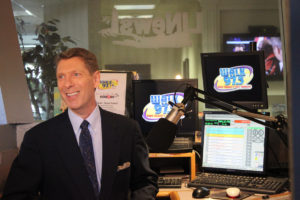 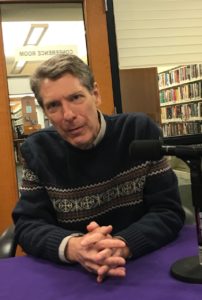 We recently received a donation of a TV repairman’s toolbox and a 1949 Zenith television. Although interesting in their own right, the true fascination comes from the people behind the donation. This was Sal LoCascio’s toolbox. He was a veteran of the Army Air Corps in World War II, an artist, and a man who could fix anything. His family, particularly Angela Inguaggiato, wanted to make sure these items went to a good home. They had similarly donated Sal’s model B-25, with its six-foot wingspan, to the Air Power Museum in Farmingdale.

Intrigued, we wanted to learn more about Sal, his family, and his life. On today’s episode, Sal’s wife Mildred and Angela relay a story that ranges from Brooklyn to the Brenner Pass, from the cockpit of the Naughty Nancy to the streets of Queens. The family, by the way, is still looking for a home for the uniforms of Mildred’s brothers, one a Navy, the other an Army veteran of World War II. If any institution is interested, please drop us an email and we’ll put you in touch. 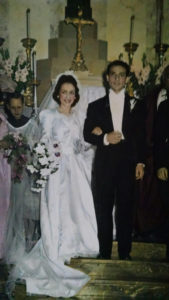 Sal and Mildred on their wedding day. Photo courtesy of Angela Inguaggiato. 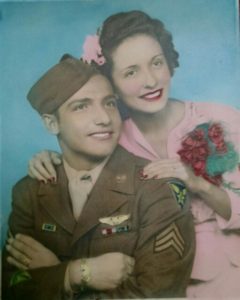 John Vuolo has been collecting and restoring radios since he was a teenager. On this episode he recounts how he got interested in old radios and some highlights of his collecting career.

Music on this Episode:

Listen in on what was happening at Long Island History Day on November 10th – a look back at the state of radio at the end of World War One. We had a number of friends with us – scouts from BSA Troop 184 teaching Morse Code, the Sayville Historical Society with local resources, and filmmaker Joe Sikorski previewing his newest project on the Telefunken radio station. 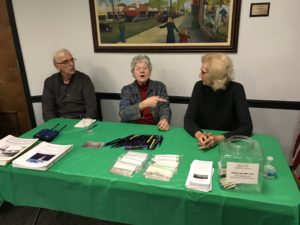 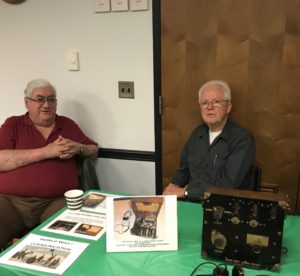 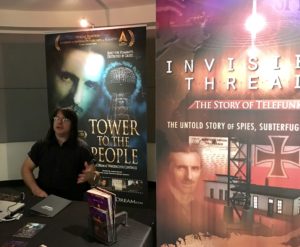 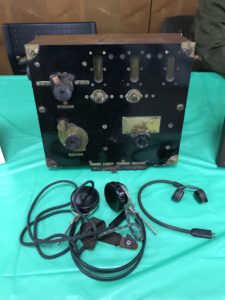 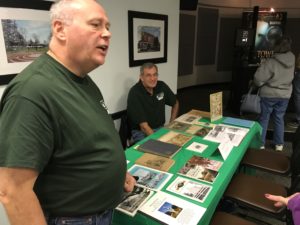 We were invited to the Sayville Library for a community breakfast to help kick off The Great Give Back 2018. It was a great opportunity to share what LIRTVHS does but also to get to know and appreciate all the other organizations doing so much for Sayville and the community. 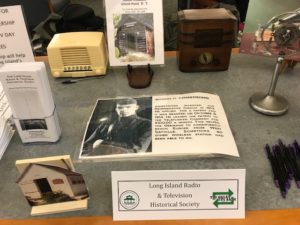 Our table at the Great Give Back, Sayville Public Library.

So we did some on-the-spot recording with some of our co-attendees, asking them to explain their mission and how it impacts the community. See below for ways to get in touch with them. And we also couldn’t resist getting some of their memories of radio on Long Island and beyond.

Thanks to Sayville Library director Jen Fowler for puting this great community event together and for everyone who talked with us!

Danielle Campbell shares a look back at how she got started in the business – from behind the scenes at WGSM’s FM station to WNBC during the Howard Stern era to 1010 WINS, Channel 55 and more.

This is a special cross-over episode with the Long Island History Project #75. Hear Danielle and Margo Arceri of Tri-Spy Tours on the true tales of Anna Strong and the Culper Spy Ring. 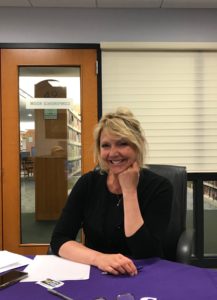 Join us for a conversation with K2IZ – otherwise known as John Smale, ham radio operator and one of the founders of the Great South Bay Amateur Radio Club.

Connie Currie grew up in Hicksville where her father, Roland Gibson, was the radio/TV repair man at Spiro’s Department Store. She earned her amateur radio Novice License KN2RBM in 1956 but not without some resistance.

Arne Fogel, host of The Bing Shift on Jazz88 FM as well as a student and devotee of all things Crosby, relates Bing’s career in radio. We talk about how Bing helped define the medium, how he rose to be a multimedia star, his role in changing recording technology, and more.

This episode was recorded at The Booth, the new podcast recording studio at the Sachem Public Library. We thank them as well as this week’s guest co-host, Chris DeCristofaro.