On this episode of the Radio Tower, we feature more excerpts from the Long Island Home Front oral history project.  The subject is aviation and a time of frantic activity on Long Island. With companies like Grumman and Republic Aviation and airfields like Mitchel and Roosevelt Field, there was plenty for a young boy to see in the skies overhead. 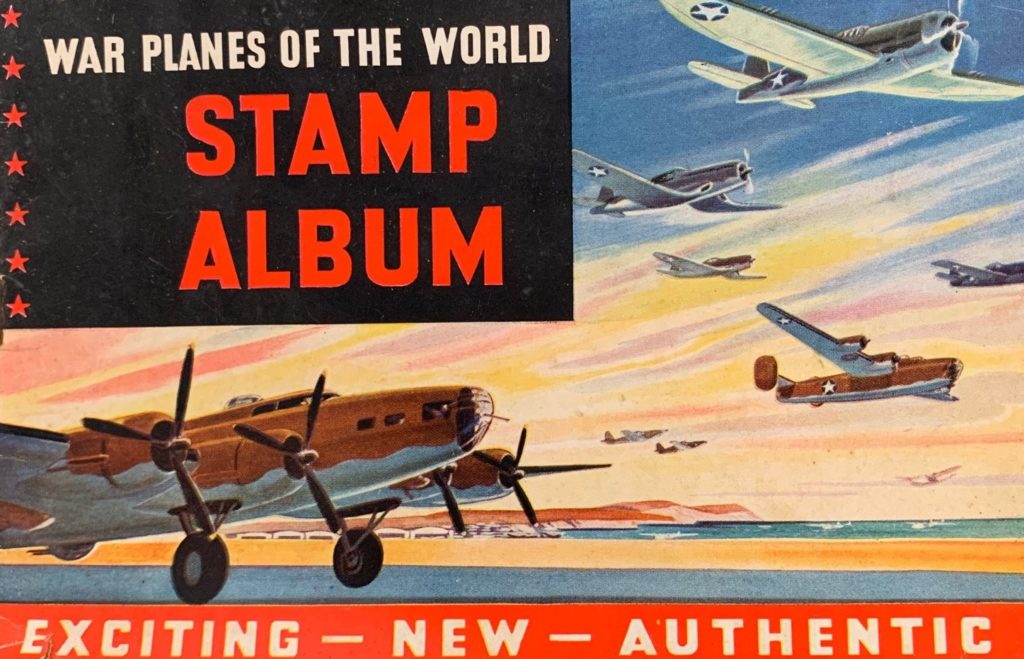 Cover to the War Planes of the World Stamp Album 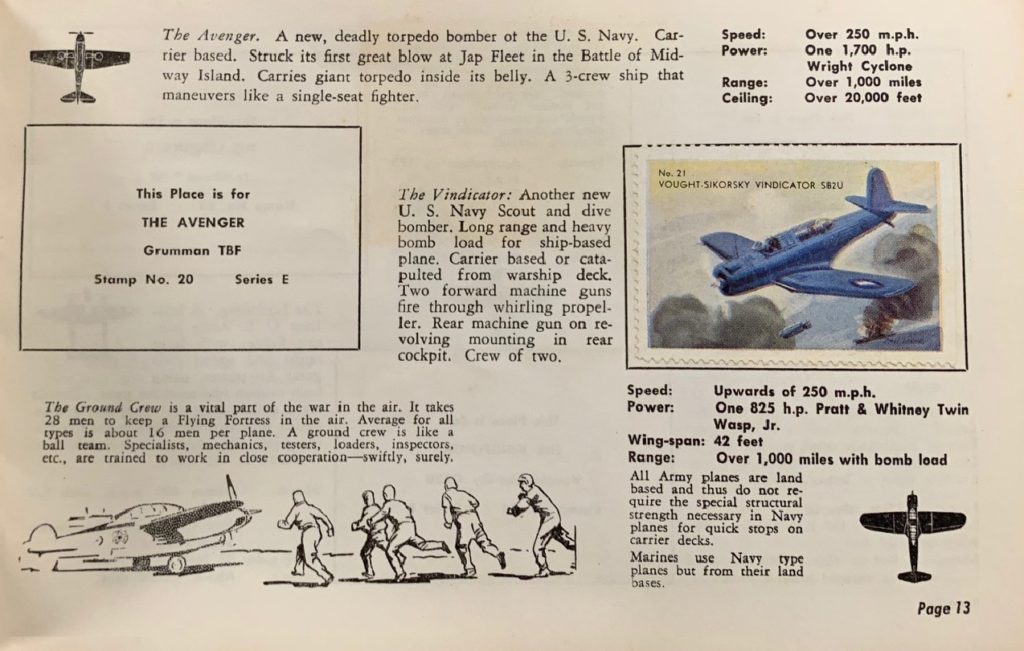 Description of the Avenger from War Planes of the World stamp album.

Cindy Clifford never had a plan but she still found her way to a meaningful career in Long Island radio, from WRCN in Riverhead to WWHB in Hampton Bays to a long stint on the WALK morning show with Mark Daniels.

Today she tells us more about what drew her to working behind the mic, her thoughts on the state of radio today, and her current podcasting efforts.

Life has taken Larry Davidson from a bodega in Spanish Harlem to a vineyard in Aquebogue and many places in between. Through it all, his keen mind and relentless curiosity have helped him forge a career in broadcasting as an interviewer of authors, singer songwriters, politicians, and more. He’s worked on WGBB and Cablevision as well as on a number of well-received series conducted at libraries and other cultural centers around the region.  His latest is a foray into podcasting with The Artful Periscope. 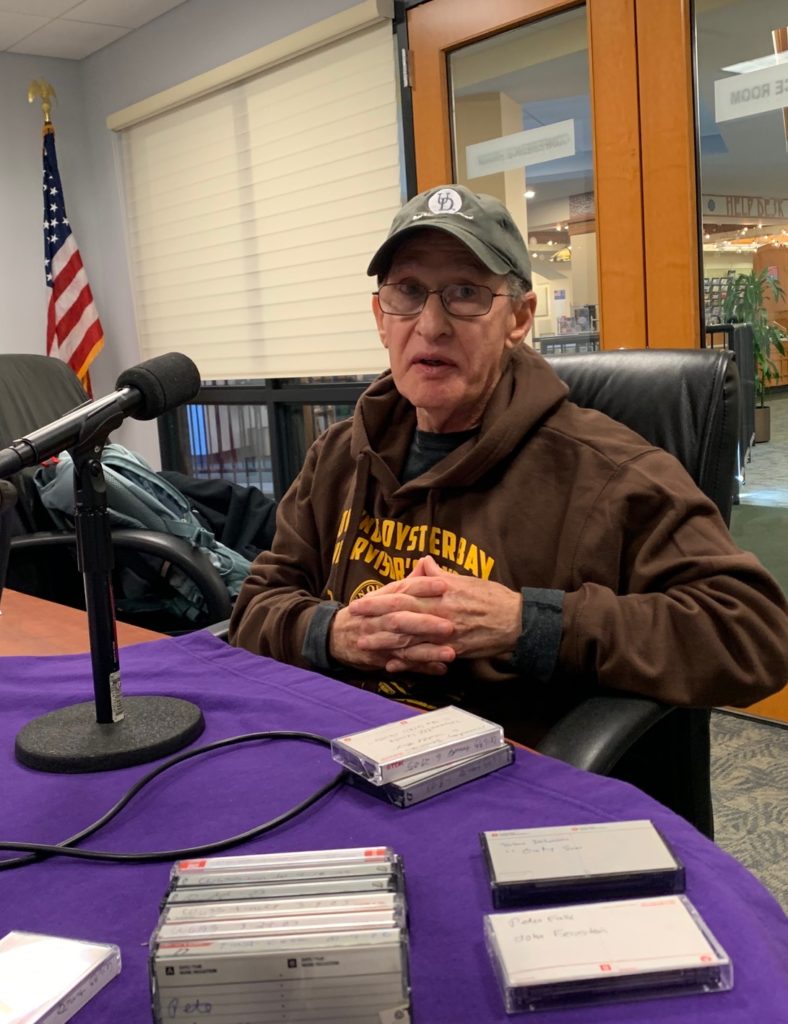 Join us on a trip through Larry’s life. We’ll meet Long Island broadcasters past and present, prominent authors such as Nelson DeMille and Pete Hamill, and musicians like Woody, Arlo, and Sarah Lee Guthrie. Along the way we talk about everything from podcasting to early soap operas to the mind of the long distance runner. 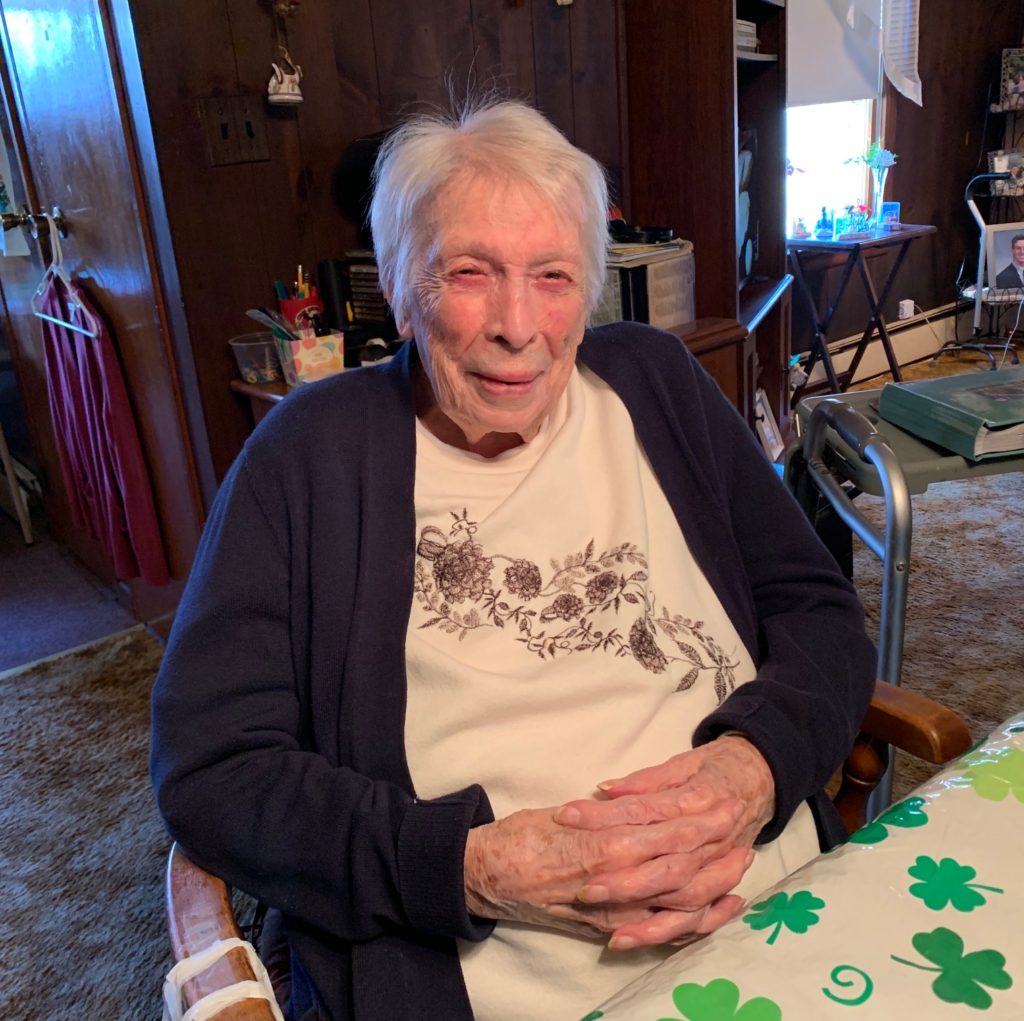 We spoke with Marie in the same spot where her family started visiting Mount Sinai in 1924. Married by the start of the war, she had to move back into her parents’ home with her young daughter, her husband shipped overseas in the Army Air Force. She gives us a valuable look at what it was like to be a working woman during the war years.

Unfortunately, Marie Mack passed away earlier last year at the age of 100. We are honored to have spoken with her and been able to preserve some of these memories.

For the past year, LIRTVHS has been working with the Sayville Historical Society and the Sayville Public Library on a joint oral history project called The Long Island Home Front. It’s an ongoing project to collect, preserve and share firsthand accounts of the impact of World War II on Long Islanders.

We’ll be sharing some of the stories here on the Radio Tower and are pleased to bring you today Jack Beebe. You might recognize him from episode 14 where he described his life in radio and TV broadcasting.

Today we relate an anecdote from Jack’s oral history interview in which he describes how the Dutchies of his native West Sayville contributed to the war effort. 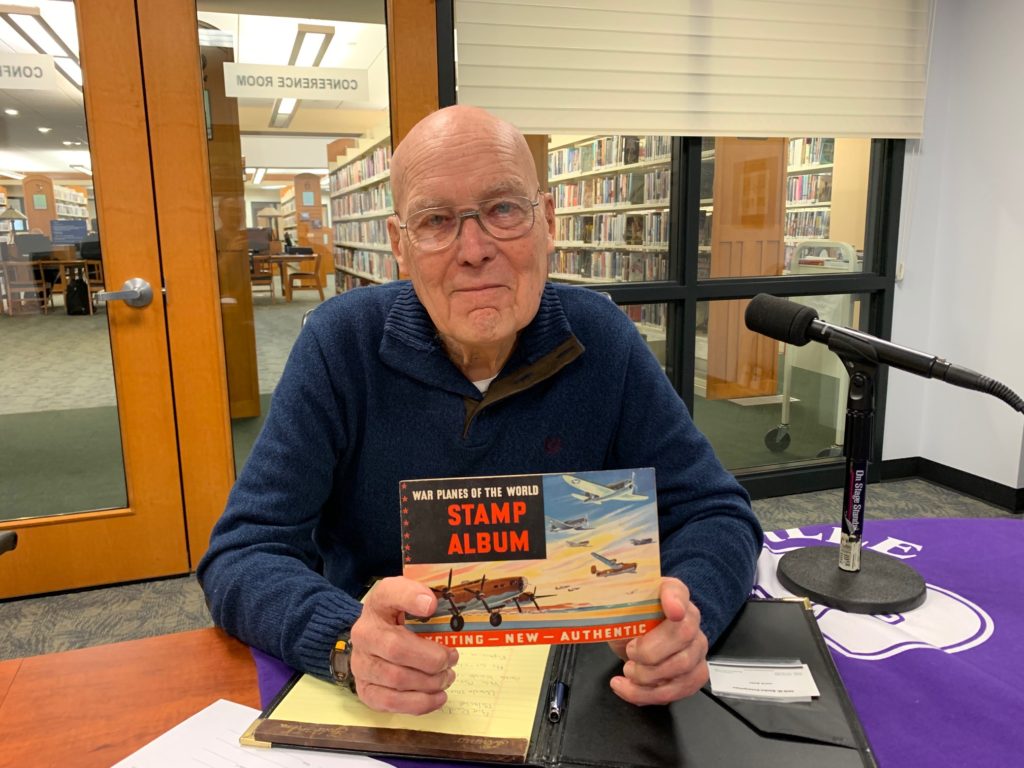 Jack Beebe being interviewed about his World War II memories for the Long Island Home Front at the Sayville Public Library. 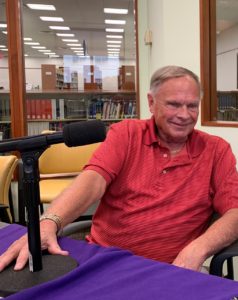 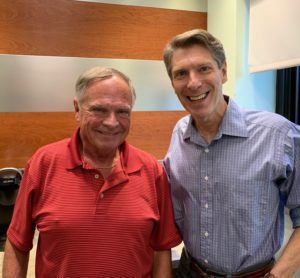 Robert Ottone sits down with Chris Kretz and Connie Currie to discuss the life and times of his father, Bullet Bob Ottone. A DJ at WGLI and WGBB in the 1970s, Bullet Bob was known for his rapid-fire delivery. He was one of WGBB’s “Super Six”, hosting the Night Train from midnight to six am. 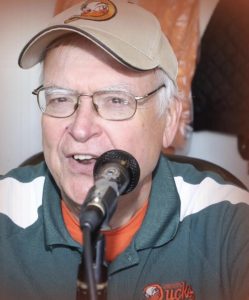 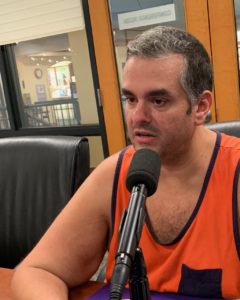 After an on-air career that introduced him to the Beatles, Barry White and Joe Frazier, Bob turned to education. He taught radio at Brentwood High School and also operated their station WXBA-FM. To top it all off, in his later years he was the PA announcer for the Long Island Ducks. 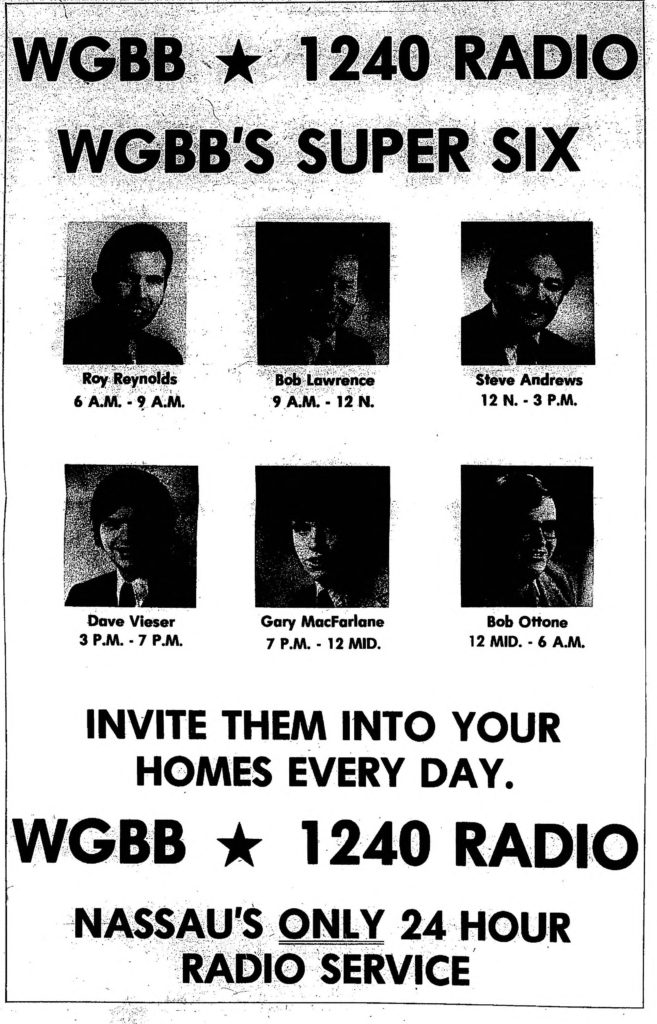 Many thanks to Robert for sharing these memories of his father, who passed away earlier this year. He gives us a glimpse into the life of a remarkable man who dedicated his life to bringing music and joy to Long Island.

Robert is also a true-crime podcaster and author so check out his Voices from Gilgo as well as his latest collection of short stories.

Growing up in Riverhead in the 1960s, Jack Kratoville always wanted to be on the mic. He got his wish, forging a career that started with unpaid newsreads on WRCN and continued to include stints at WLNG, WWHB, WMJC and more.

These days you’ll find him on 106.7 WLTW as well as out back of his Flanders home trying to improve the reception on his vast collection of old radios. On this episode, we joined Jack after hours at WRIV – an apt setting for a conversation on radio history. The squeaky chairs were added for atmosphere. 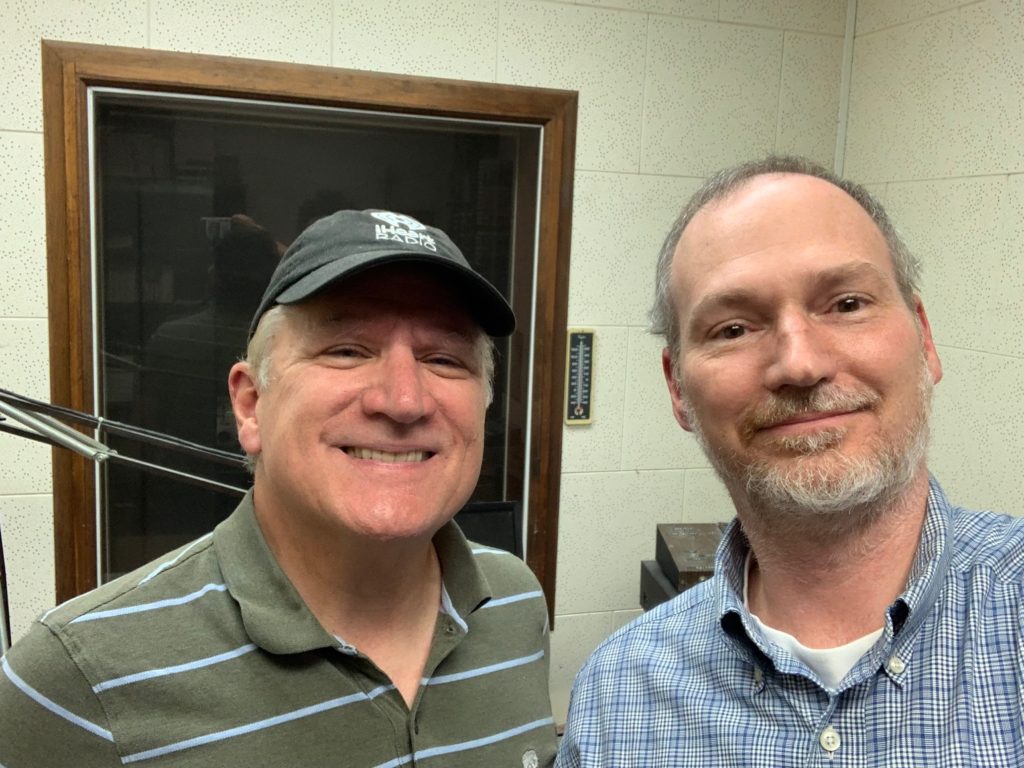 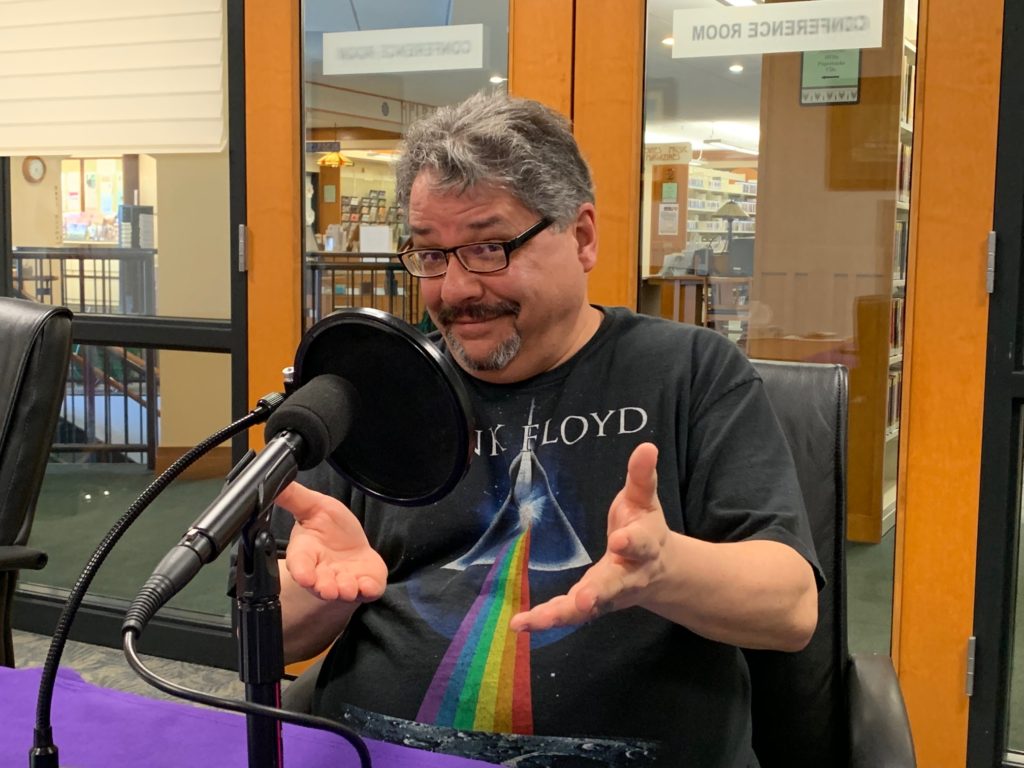 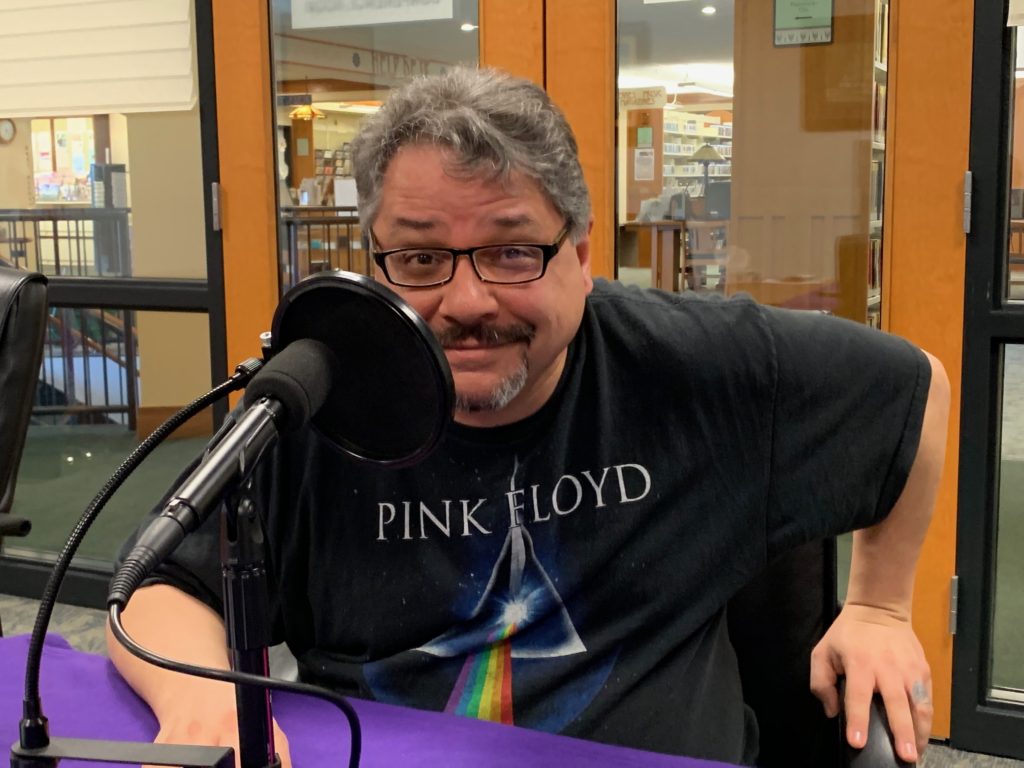 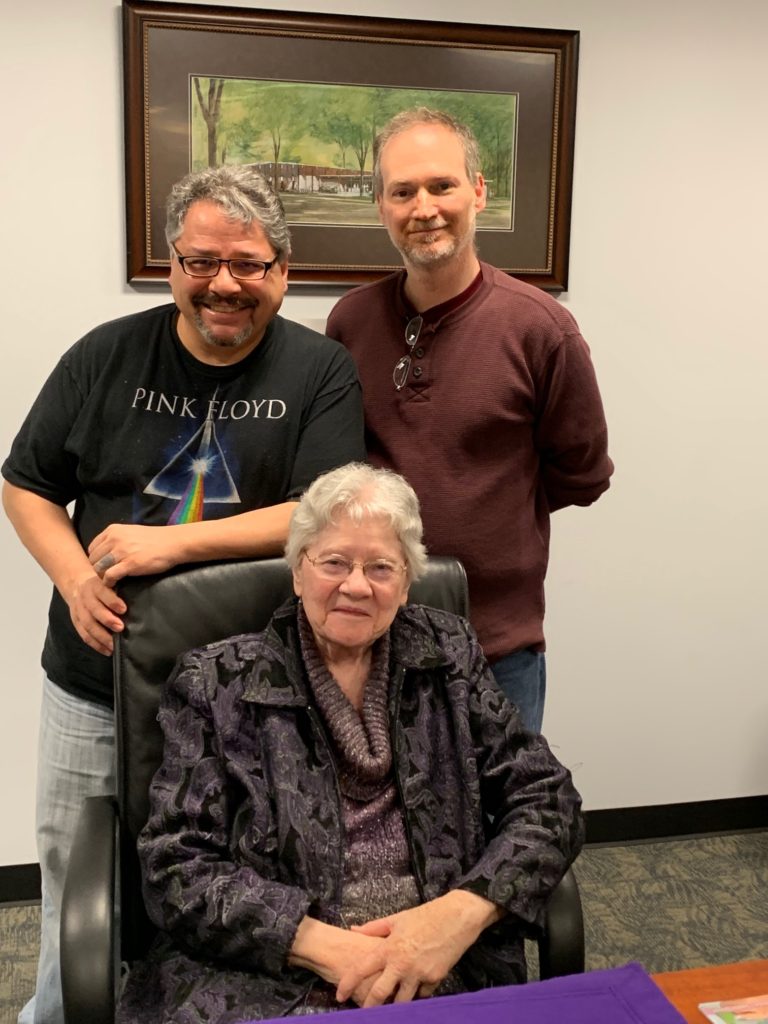 Radio Tower 14: Behind the Scenes with Jack Beebe

Jack Beebe calls himself “Mr. Backstage” but in terms of radio and television history in New York since the 1950s, he’s had a front row seat.

He started as a teen disk jockey on WALK in East Patchouge, worked alongside Barbara Walters and the future Allison “The Nightbird” Steele at WPIX-TV, kept watch over Murray the K at WINS…and that’s not even mentioning his time broadcasting in Korea or the blood sweating hippopotamus. 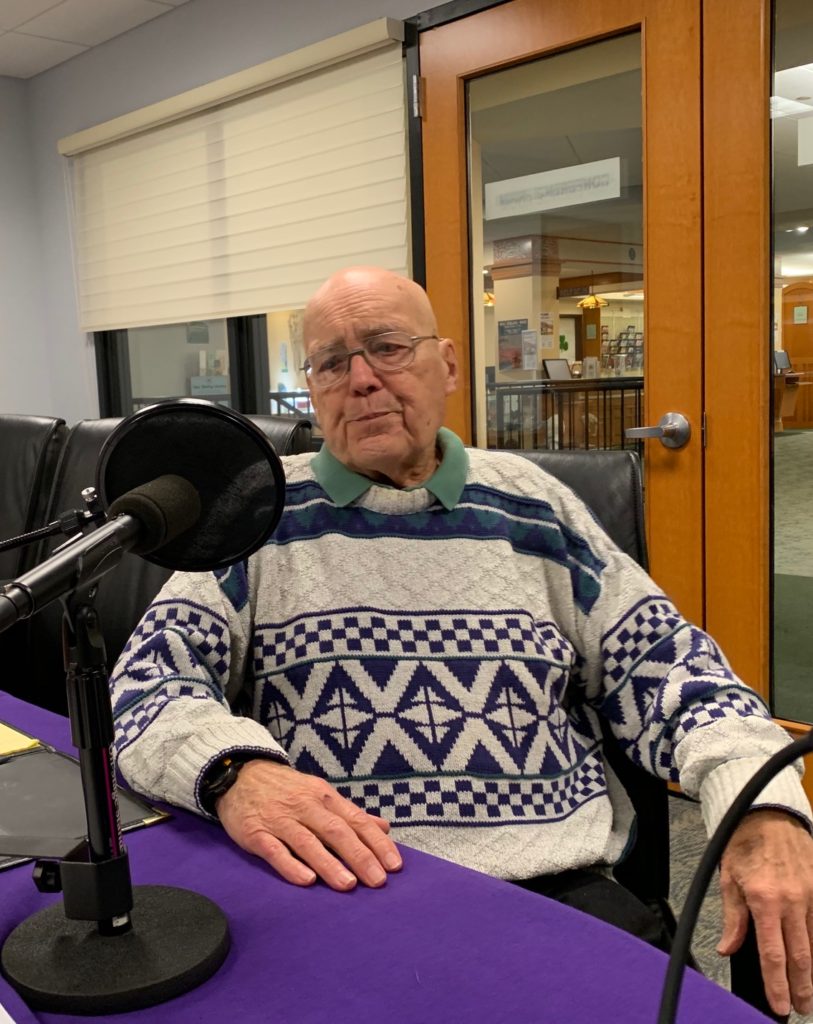