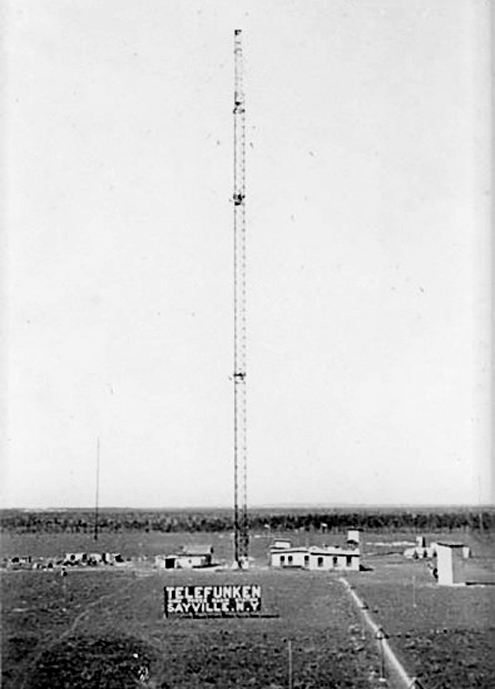 In 1995 it became apparent that the FAA radio station, once the site of the WWI historic Telefunken radio station, was to be abandoned and destroyed. A movement to save the property was undertaken by Constance Currie and the Sayville Historical Society. Although there was a lot of support, the attempt unfortunately failed after a massive fire destroyed the remaining buildings. What was left was bulldozed along with the antenna fields.

As a result, Constance and Ralph Williams a renowned radio historian, collector of Atwater Kent radios and author, encouraged the people who had come together to save the Telefunken site, to create a historical society that would keep the history of Long Island radio alive. The first members were from the Sayville Historical Society, Steuben Society, Long Island history buffs, amateur radio operators, and radio engineers who had worked in early RCA, MacKay, and other radio facilities.

Chartered by the New York Education Department as the Friends of Long Island Wireless History, the historical society eventually became the Long Island Radio & Television Historical Society to reflect a broader interest in the rich and diverse history of communications on Long Island from early wireless through the beginnings of radio and television.

Through the years the society has exhibited in libraries, the Long Island Maritime Museum, schools and the Fire Island Lighthouse. We are currently working with Suffolk County Community College as well as planning exhibits for the American Airpower Museum in Farmingdale.