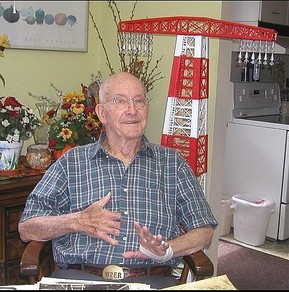 Marshall was born in Bar Harbor, Maine on July 31, 1915. He was active as amateur radio operator since high school as W1HDE. He graduated from University of Maine with a degree in Engineering. Unable to find employment in the engineering field during the depression era, he took a job as a radio operator at the RCA Communications receiving station at Riverhead, Long Island around 1937 – the only company he ever worked for. He was soon promoted to station design engineer and instrumental in the great expansion of RCA’s HF radio communication service.

At the outset of WWII, most of the operators were called up for military service and Marshall had to train women, employed for the first time as replacements at the station. Soon thereafter he was transferred to the RCA headquarters office in NYC for technical support of the stations. One of his main tasks was to design and equip “STATION X”, a mobile HF and LF radio comm. center which followed the US Army fighting units, first in North Africa then at the Italian front. He remained at RCA NYC for the entire length of the war, but hated to live in the big city.

As soon as the war assignment was over he transferred back to Riverhead and was promoted to Assistant Chief Engineer. Immediately he married Natalie, one of the telegraph operators he trained but who now was relieved from work at the station. In quick succession, they had six children.

I was hired by RCA as Design Engineer in the Equipment and Systems section on April 1, 1957. After a short introduction at the headquarters, I was sent to Riverhead for learning about all the equipment. It was the era of introducing SSB to HF telegraph and TELEX service. Marshall was my guide as I spent two weeks at the station. He knew every piece and component at the station. He was most patient and kind to me and it was the start of a long friendship which lasted until his death.

We did lots of projects together, as RD became my laboratory for all the new equipment I designed. Marshall was a perfectionist and never let me skip over any details. These were the years of major technical advancements using semiconductors instead of vacuum tube technology.

Eventually Marshall became Chief Engineer at Riverhead and later of the Rocky Point NY transmitting station as well, during the last few years of commercial HF radio on Long Island. He oversaw the decommissioning of both stations around 1979.

We remained in close technical and personal contact after I left RCA to become chief engineer of Tele-Signal Corp. on Long island. I convinced him to renew his amateur license and he built a great station at his home in East Quogue with his new call W2LXK. Later he applied for and got his call letters W2ER (His code on the station intercom was ER)

I introduced Marshall to the Order of Boiled Owls – a prestigious ham radio club, where he served for many years as an officer and contributed greatly to our success. He was not only a technically most proficient amateur, but a great CW (Morse Code) operator. We did win many club competitions and travelled to foreign countries to operate in places where there were no local operators.

We lost Marshall  on October 1, 2006 and we all consider ourselves lucky to have known such a great individual. 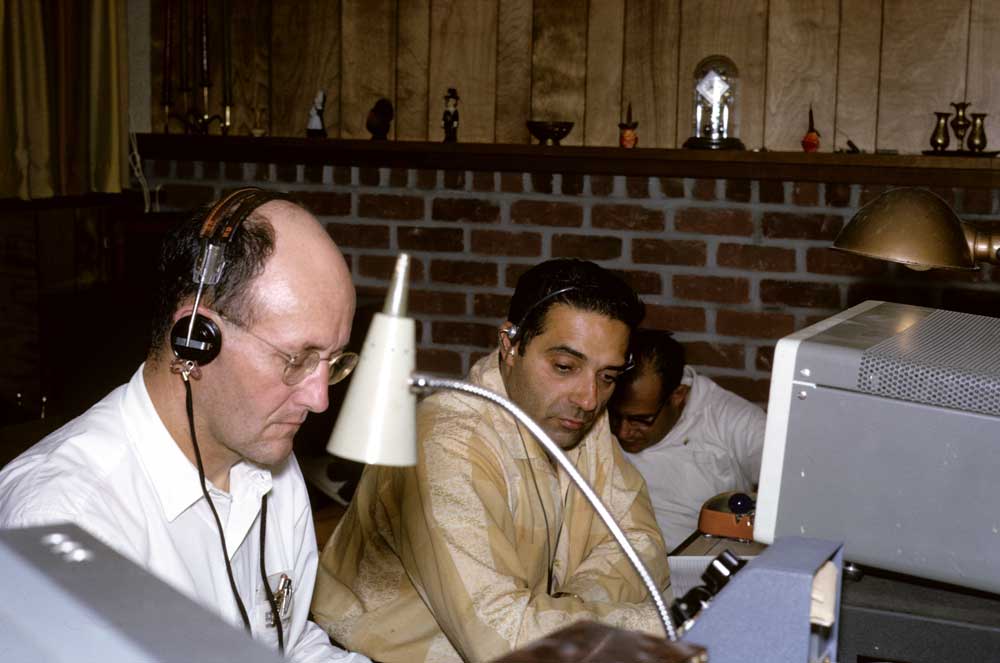 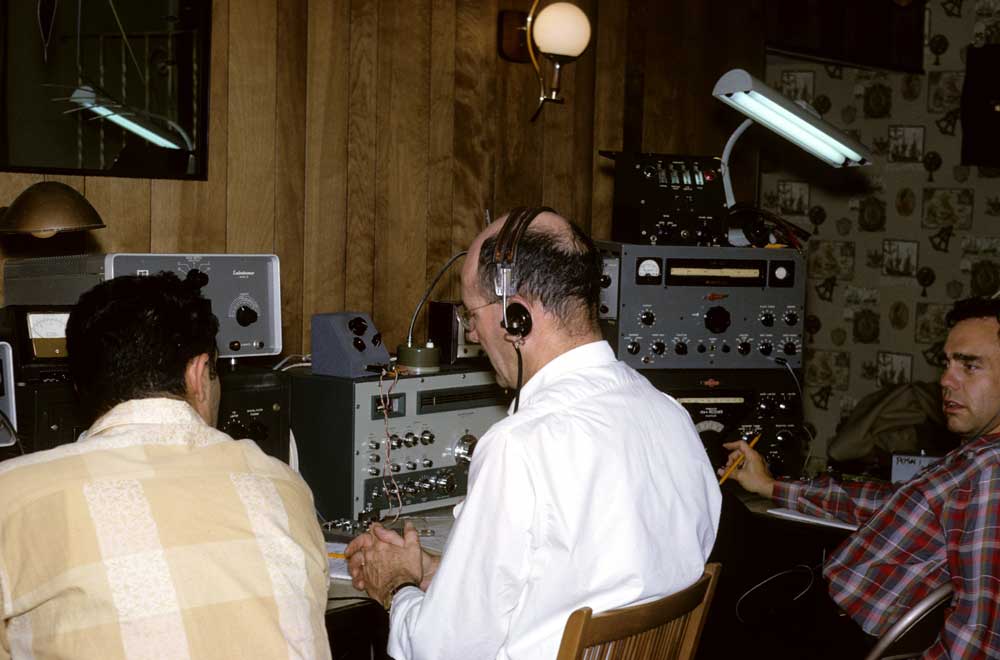 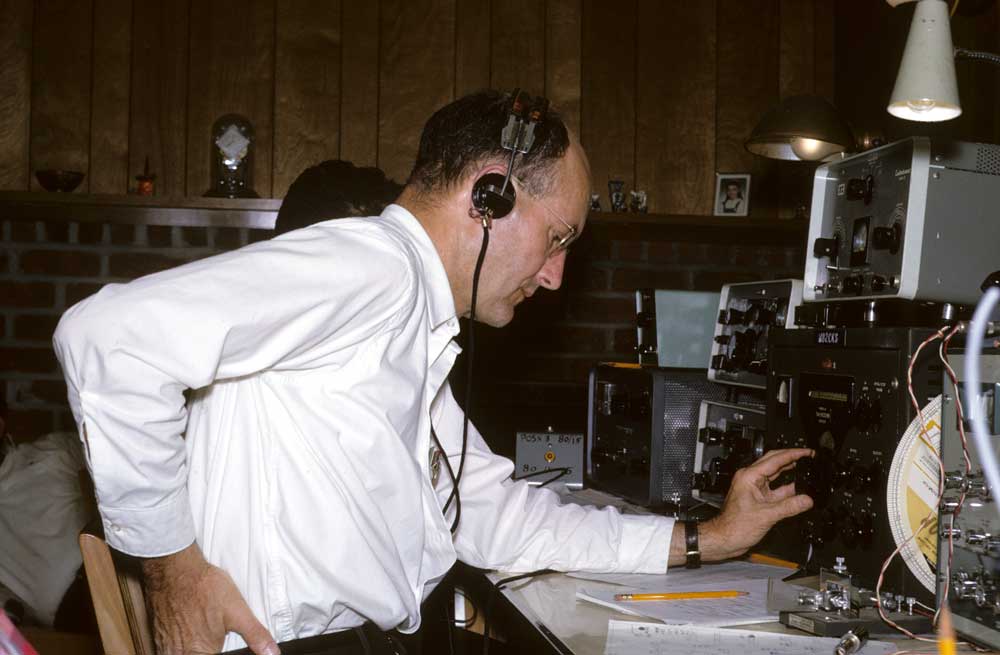 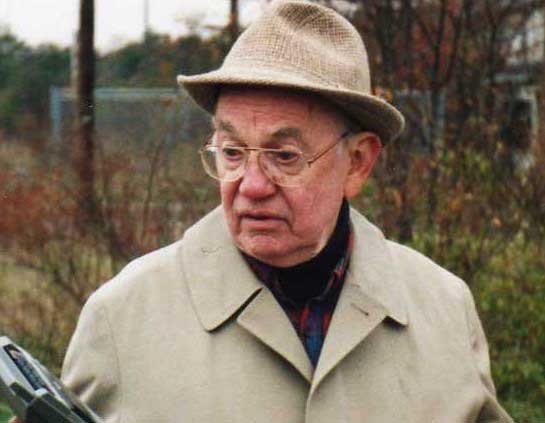 It was Ralph William’s sincere hope that Long Island would someday have a radio and television museum to spotlight the outstanding inventions, events, people and places that were here. One of the founders of the Friends of LI Wireless History, later the Long Island Radio & TV Historical Society, Ralph Williams was the organization’s first treasurer.

Ralph attended High School in New Jersey, and later attended Cooper Union College. During WWII he was a radar officer in China. Returning to the United States, he completed college at Northeastern University in Boston. Graduating in 1947, he joined General Electric and worked in various aspects of electrical engineering.

Moving to Philadelphia in 1965, he became interested in the history of RCA and Atwater Kent. He joined the Antique Wireless Association and began collecting Atwater Kent artifacts. He added a Master Degree in engineering science to his credits, his thesis was on the information-processing efficiency of the Morse telegraph code.  Ralph was an active ham radio operator with call sign N3VT.

In 1996, Ralph published through the AWA, a history of Atwater Kent.After retiring from GE in 1980, Ralph, his wife Elinor and family moved to Orient, NY, where they established a museum of RCA and Atwater Kent artifacts.

Van R. Field was a true son of Long Island, born in Southampton, LI, NY on January 6, 1923 to Beatrice Terry Field and Paul Lester Field. He graduated from Center Moriches High School, after which he was employed by Lear, in Dayton, Ohio.

Van returned to Long Island when WWII was declared in 1941. At that time, he enlisted in the US Coast Guard and saw duty in the South Pacific. When discharged, he worked for the Brookhaven Town Police Department. Field then continued his education at Stetson University in DeLand, Florida and upon graduation, he became a communications electronics engineer. He worked for Grumman, at Brookhaven Laboratory in the Physics department, and Fairchild. In 1960 Van Field became a vocational teacher for BOCES 2, retiring in 1981. He then returned to electronics engineering, working for CAI and later on Hartman Industries.

Retiring for a second time. Van and his wife, Mary Strebel Field who were married in 1951, became a team, writing local history books, publishing “The Illustrated History of the Moriches Bay Area, and then “Nettie’s Diary”. After these titles, he added Wrecks and Rescues on Long Island. Still later he collaborated on the book New Jersey Coast Guard Stations and Rumrunners with John Gallazo. He also compiled a history of Manorville, titled Old Manorville with his wife, Mary. His last publication, Mayday! Shipwrecks and Sea Tales off Long Island’s Easter Shore. To all of this he added many articles for Boater’s World and other magazines.

He was an avid Amateur Radio operator. He started the Suffolk County Amateur Radio Club and wrote many articles for the hobby. In 2004, he won the best article award from QST magazine for an article, “HF Antennas 101. In 2007 he was awarded the Grand Ole Ham plaque from the American Radio Relay League – Hudson Division sponsored by the Peconic Amateir Radio Club. to which he belonged.
His community service included working with Suffolk County Civil Defense, working as Communications Officer in the 1970s whee he organized hidden transmitter hunts with local amateur radio operators, honing their slills in radio direction finding.
He served as Commander and active member of the Coast Guard Auxiliary, Flotila 18-06. 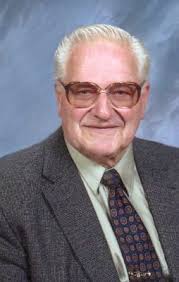 Robert Raynor was a descendant of one of the original settlers of Freeport Long Island and an avid contributor to various historical societies, active amateur radio operator and a valued board member of LIRTVHS.  A beautiful eulogy of Robert, detailing his life can be found here: