2013 Tesla Statue dedication at Wardenclyffe in Shoreham NY, was attended by our Connie Curire and Natalie Stiefel

In 2013 a bronze statue of the great inventor and scientist, Nikola Tesla, was presented by Serbian President Tomislav Nikolic, at the Tesla Science Center at Wardenclyffe in Shoreham.   The statue was designed and made by famed Serbian sculptor, Nikola Koka Jankovic, a member of the Serbian Academy of Science and Arts. The inscription at the base of the statue reads: ”A gift of the people of the Republic of Serbia to the people of the U.S.A. and to all the citizens of the world.  Unveiled at Shoreham, N. Y. on September 23, 2013 by Tomislav Nikolic, President of the Republic of Serbia”. 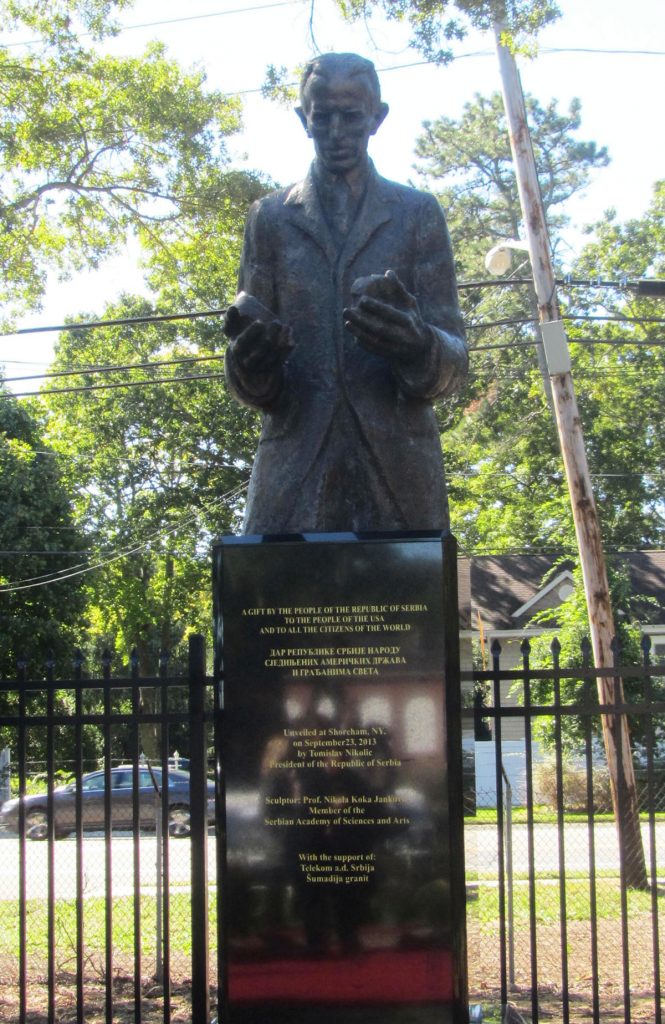 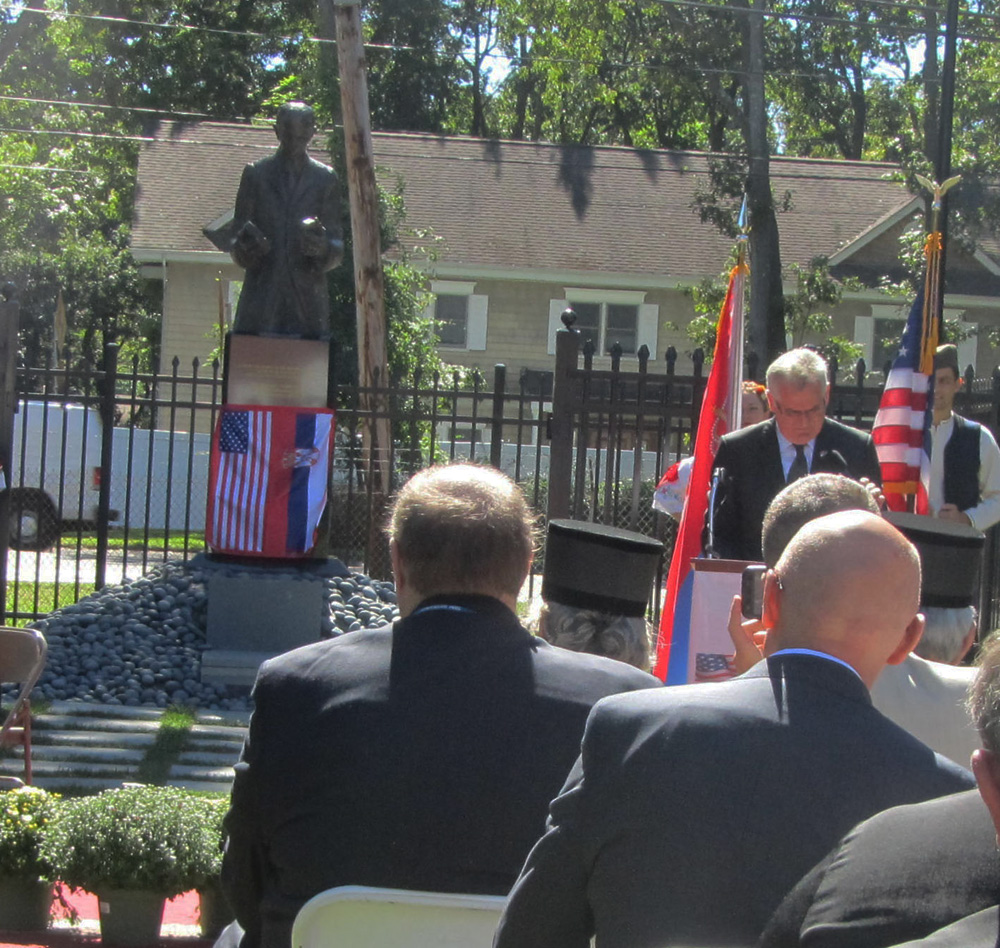